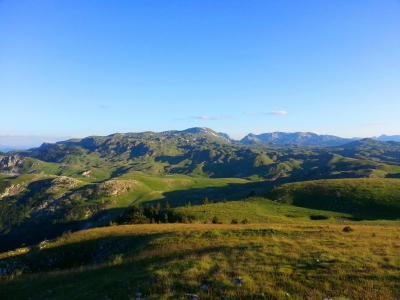 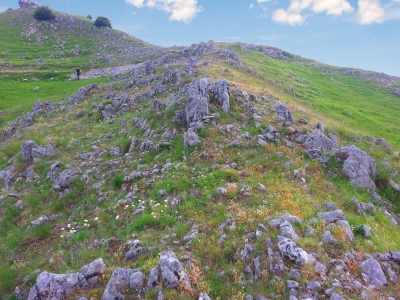 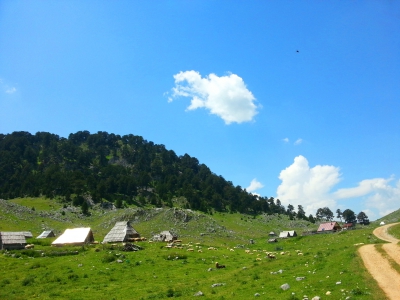 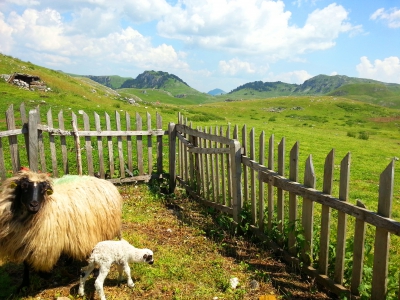 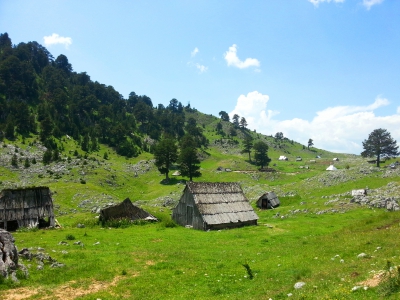 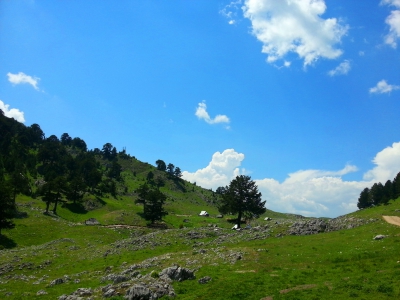 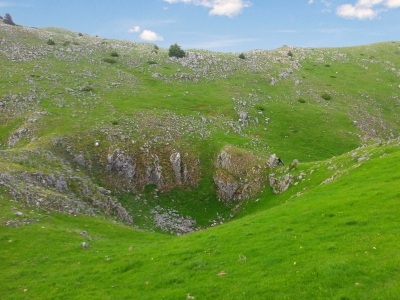 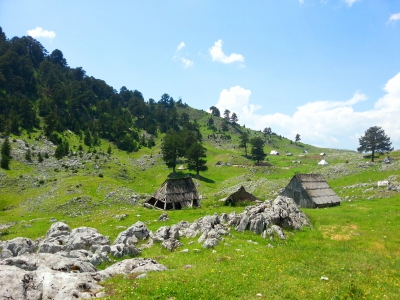 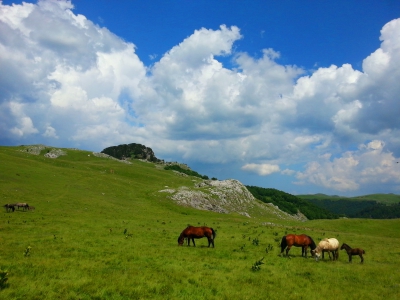 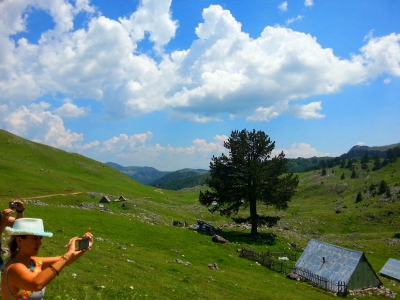 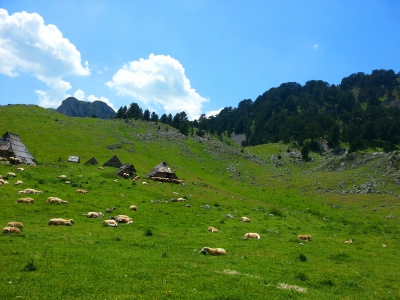 The Dinaric Alps, also commonly Dinarides, are a mountain range in Southern and Southeastern Europe, separating the continental Balkan Peninsula from the Adriatic Sea. They stretch from Italy in the northwest through Slovenia, Croatia, Bosnia and Herzegovina, Serbia, Montenegro, Kosovo to Albania in the southeast.

From Ravnjak you can explore Sinjavina (Sinjajevina) mountain (or plateau). The Sinjavina massif is 40 km long & 15 km wide, and is specific about it's karstic fields, beautiful grassy slopes and, in some spots, forests of endangered mountain pine Muleka.  Sinjavina is the 2nd largest pasture of Europe. Mountain grasslands of Sinjajevina are list affected by pollution in Europe and in summer time you find there many people practicing traditional agriculture.

Some hidden areas of this plateau, which are away from beaten tourist routes near Zabljak and Kolasin, are literally "paradise on Earth" with flocks of sheep and picturesque shepherds' huts scattered along green slopes that are surrounded by Muleka forests and mountain picks behind them.

From the hotel you can make a few hours hike on the "Wild road" through Fast Waters (Bistri Vodi) forest (was a pristine forest until a few years ago this road was built) and visit Sinjavina plains in area of historical Rose church.

If you decide to take a whole day jeep tour from some of local guides, you will see the "Valley of Karst Holes", the "Valley of Blueberries" and you will be shown some most beautiful spots on that mountain plateau, before coming to Rose church (Ruzica) and driving down to the hotel on the "Wild Road". On the way you will meet people of Sinjavina plains practicing traditional agriculture, see their way of life in the mountains, be surprised by their hospitality. You will be able to taste their agricultural produce, eat and buy from them the most environmentally clean food you have very likely ever encountered.

An itinerary for one option of the whole day jeep tour with a small hike can be found below.

1. A trip from the hotel along the "wild road" to the Fast Waters (Bistri Vodi) evergreen forests rich in mountain springs and wild animals.

2. Ascent to a high mountain plateau with stops for viewing of the canyon of the Tara River.

3. Hiking to the crest of the peaks of the Sinjavina Mountains to enjoy a beautiful view of the canyon of the tributary of the Tara River in one direction and the diverse landscape of the plateau in the other.

4. Next, the entrance to the Rose church (Ruzitsa) built in 1881. Where will the picnic be.

5. Visit the plains of the traditional gathering of wild berries, the valley of karst holes and the observation point on Tara in the area of ​​the historic city of Mojkovac.

6. Descent through valleys, meadows and forests to the village of Pole.