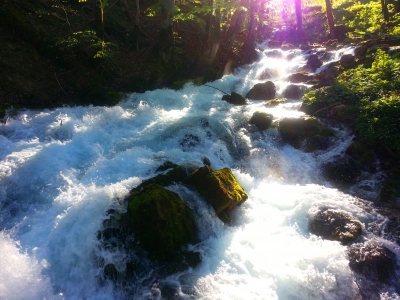 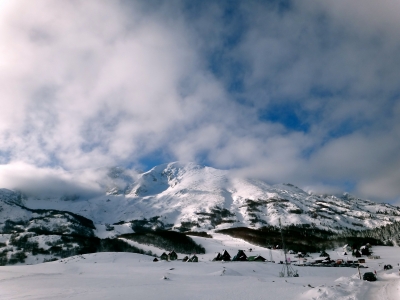 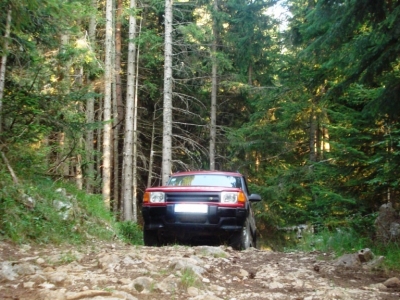 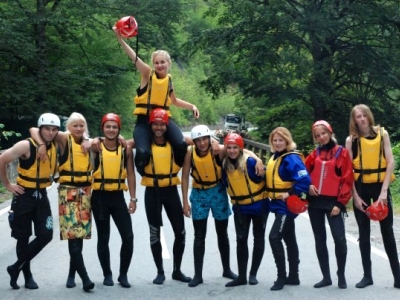 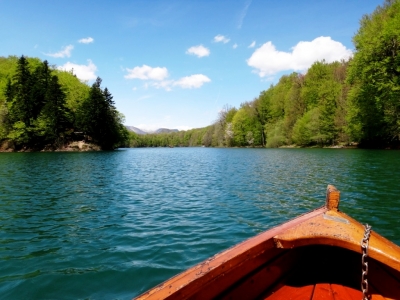 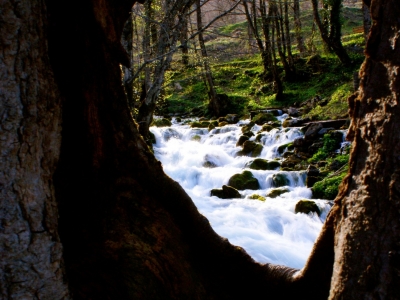 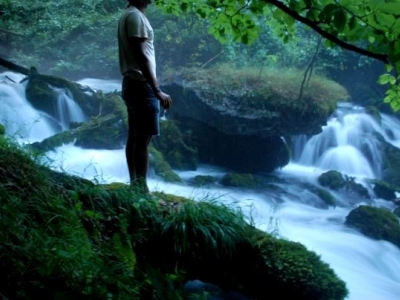 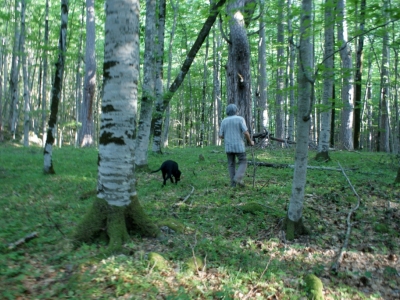 Former Tito’s hunting residence Ravnjak, which is now a hotel and a national restaurant, is located in a picturesque valley at the entry to the Durmitor National Park. The beautiful Ravnjak spring takes its beginning right next to it, so visitors can enjoy its view and its sound from the terrace of the restaurant.

The percolating spring water quickly turns the creek into the raging torrent with the rate up to eight cubic meters per second in spring and autumn seasons. The current of the spring has been evaluated for electricity production and it has the capacity to cover the needs for electric power of a small size city. Some time ago a mill for making flower existed on Ravnjak spring. The only part that is remaining from this mill is a rerouting channel that was diverting part of the water towards the mill’s water wheel. It can be seen by visitors when they go down the stairs to the spring, cross it by the wooden bridge and walk a few meters downstream on the other side. An interesting visual effect appears; the raging water of the mill re-routing channel on the other side is moving uphill.

In the modern history the building of the hotel was constructed as Tito’s hunting house in the end of the 40’s. The geodesic mark in the stonewall of the hotel proves that it was constructed before 1948. The site selection and construction has been conducted under the orders of the communist party leader Milovan Djilas, who just a few years later fell out of Tito’s favor and became the most prominent dissident writer of Yugoslavia. Josip Broz Tito and other high ranking communist party officials were hunting in the area for wild pigs, bears, diva-koza (now protected) and other animals. Later this hunting house was turned into the hotel with a restaurant. During the most recent military conflict in the region it was a backup headquarters for the police of the northern Montenegro.

The hotel has 6 rooms in the main building (above the restaurant) and 3 comfortable bungalows. The restaurant’s two cooks specialize in the national cuisine. The restaurant with its modern kitchen equipment and large terrace above the creek can host many people.